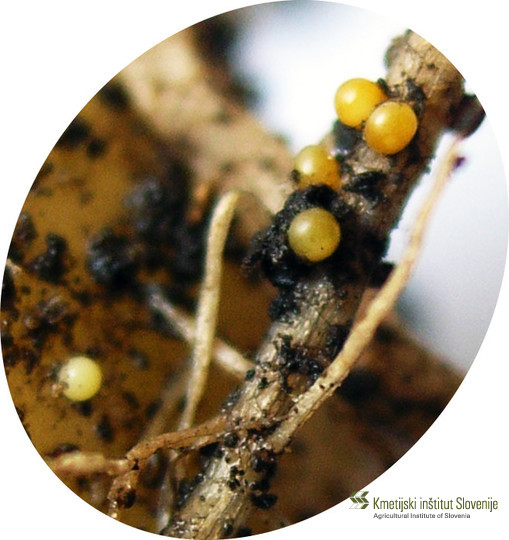 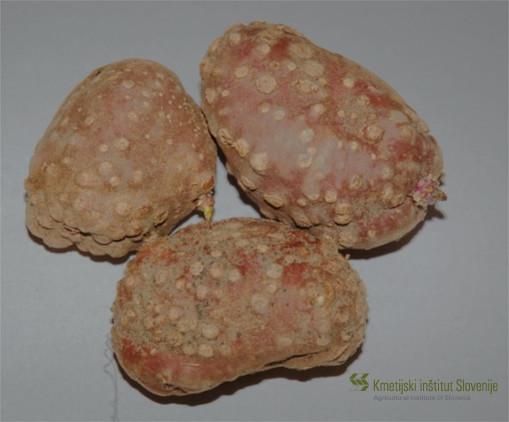 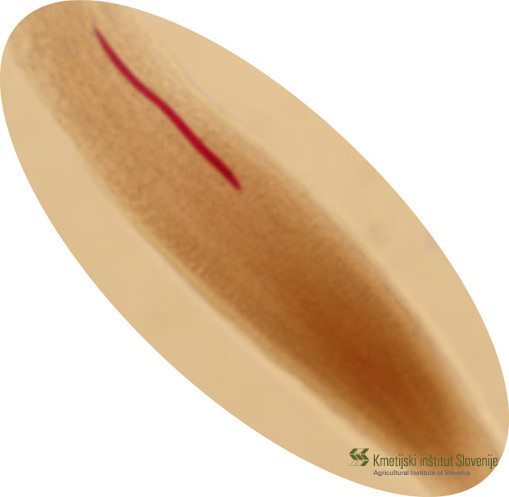 Plant-parasitic nematodes have a major impact on global food production with an estimated annual loss of about €110 billion worldwide. Root-knot nematodes (RKN; Meloidogyne spp.) and potato cyst nematodes (PCN; Globodera spp.) are in terms of agronomic impact number 1 and 2 in the Top 10 of high-impact plant-parasitic nematodes. RKNs are highly polyphagous and alone responsible for 5% of the global crop losses. PCNs Globodera pallida and Globodera rostochiensis are able to parasitize over 90 plant species from the genus Solanum. PCNs cause serious damage to potato crops world-wide, with infestations leading to significant losses in tuber yield.

The number of outbreaks of (re-)emerging RKN and PCN diseases in major potato growing areas in Europe has risen notably in recent years. Furthermore, some nematode populations have genetically adapted to resistance factors bred in economically important plant varieties, and the use of many chemical nematicides, not only methyl bromide, has been forbidden or highly restricted, because of health and environmental concerns. After their introduction into a field, the first visible symptoms of nematode damage are reduced plant growth manifested as patches or (primary) hotspots. These patches can become full field infestations if unmanaged. This process can take years as nematodes spread passively with soil and water movement. This emphasises the need to detect nematodes in the early stages of infestation and with high spatial accuracy for effective management.

In this project we selected target organisms on the basis of serious concerns expressed by National Plant Protection Organizations (NPPOs), farmer organizations, and the plant breeding industry. They include: (a) two RKN species - Meloidogyne chitwoodi and M. fallax, and (b) two PCN species - Globodera pallida and G. rostochiensis. All four species are quarantine organisms in EU countries, included in the Annex I A II and on the EPPO A2 list of pests recommended for regulation. RKNs are endoparasites that infest and become sedentary in the root system. After entering the actively growing root, they elicit the development of a feeding site comprising several multinucleate “giant” cells, using oesophageal gland secretions. Through subsequent growth and development of nematodes, this feeding site gradually develops into a visible root gall. Development of root galls and further deformation of the root system leads to the overall weakening of the host plants due to reduced uptake of water and nutrients. Similarly, PCNs enter the actively growing root just behind the root tip where they establish a feeding site. Parasitizing PCNs restrict root growth and uptake of nutrients, leading to plant growth retardation, apical shoot chlorosis, root damage and yield (fruit or tuber) loss.

The most straightforward method to detect RKN and PCN infestation is visual examination of plant roots for the presence of root galls or cysts. However, this approach is invasive and impractical for large-scale use. Additionally, below-ground visual symptoms develop gradually with time and vary in size depending on different nematode species and host plant. While RKNs and PCN are visible on the roots of parasitized plants, the effect on the canopy is non-specific and similar to the signs of drought or nutrient depletion. Identification of infested plants based on visual canopy inspections is therefore impossible.

Nematode infestation of plants such as potato (Solanum tuberosum L.) can influence plant physiological parameters (e.g. photosynthesis) measured on the leaf canopy. Susič et al. have shown the potential of hyperspectral imaging to detect Meloidogyne spp. infestation. Further examples are detection of beet cyst nematode Heterodera schachtii and the fungal pathogen Rhizoctonia solani infesting sugar beet, detection of the sudden death syndrome and soybean cyst nematode (Heterodera glycines) in soybean and examining the presence of plant-parasitic nematode Rotylenchulus reniformis in cotton fields. Thus, it is possible to detect individual (biotic) stressors using remote sensing, but difficulties can arise in the discrimination between different pathogens, for example between nematode species. Some stressors, e.g. water stress, are more accurately detected. Any remote sensing application to accurately detect nematode infestation in plants should reliably discriminate between abiotic drought stress symptoms and biotic stress caused by the nematodes, the reason being a high similarity of above-ground effects caused by both stressors on the plant canopy.

Application of remote sensing technologies such as hyperspectral and thermal imaging can address these problems, due to variation in reflectance and emittance from different stresses. Plant reflectance is subjected to a complex light-plant tissue and canopy interactions, which makes such applications more difficult to develop and implement for large-scale use. A major limitation of standard large-scale mapping methods based on red and near-infrared (NIR) (for example, the normalized difference vegetation index (NDVI) and its multiple variations obtained from broadband satellite sensors) is that they are useful only for detecting the advanced stages of disease damage, that is, when canopy defoliation, leaf wilting and chlorosis are apparent. In addition, current hyperspectral satellite sensors lack the spatial resolution to distinguish individual plants. Accordingly, nematode eradication efforts involving its early detection necessitate high spatial (less than one meter pixel size) and temporal resolution imaging spectroscopy and thermal data to assess subtle changes in spectral features and traits, a technology that can be potentially deployed at large scales with airborne platforms.

Hyperspectral imaging devices record images consisting of numerous spatial image planes of the same object at different wavelengths. These spatial images are then superimposed one over another forming a three-dimensional data cube (hypercube) which is the hyperspectral image as recorded by the camera. Hyperspectral images are thus composed of vector pixels, containing spectral information for a range of wavelengths in the electromagnetic spectra – typically used systems include the visible and near-infrared (VNIR: 400–1000 nm) and shortwave infrared (SWIR: 1000–2500 nm) regions. The spectral region from 400 to 2500 nm contains information on plant pigment concentrations, leaf cellular structure and moisture content. Analysis of unique spectral signatures demonstrated the benefits of higher spectral resolution, having enabled discrimination of various plant species and communities. With regard to these results, Goetz et al. opined that the analysis of various parts of reflectance spectra could be used in the detection of plant physiological condition and health, stress detection and characteristics, as well as assessment of the amount of biomass. Analyzing leaf reflectance at visible and infrared wavelengths can provide information about the plants, such as leaf pigmentation and physiological conditions, therefore, it is possible to utilize hyperspectral imaging for the early detection of plant diseases. Pathogens causing direct leaf damage can be detected with higher accuracy but due to the ability of this technology to reveal hidden changes in plant physiology, it can be used to assess the often nonspecific damage caused by root pathogens such as different plant parasitic nematodes.

Knowledge obtained from remote sensing sensors and models will be used to develop high throughput detection tools understanding aspects of detection and discrimination. NPPOs will integrate these tools, science-based knowledge, and models into new EU regulations and policies for the early detection and management of PCN and RKN infestations in the field.